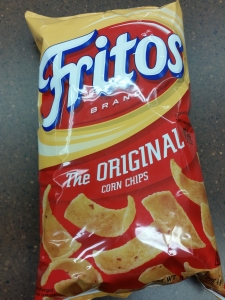 Good afternoon from Butler and Bailey Market. I hope everyone had a good weekend. The football game did not go so well which put a damper on business Saturday evening. At least the weather was nice all weekend, which helps.

I went to the doctor before work yesterday to check the progress of my arm. They cut my cast off and now I just have a removable brace. Now I can start getting back to normal activities and should be good as new in another two to three weeks.

While I was at the doctor, Rick called to check on me. Rick works in our meat department. He had to have his shoulder rebuilt about six weeks ago and will probably be out another six weeks before he can start back to work. We talk about every day to see how the other is doing. He is going through a much longer and more painful process than I am so I hope he feels better soon. I know he is ready to be back to work. Neither of us do well being inactive. 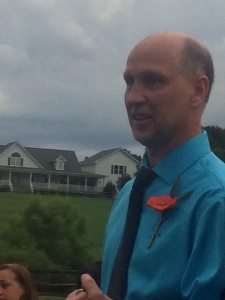 When I did get to work yesterday, Jack was back at work. Jack works in our produce department and has been out several months recovering from bladder cancer. I am thrilled to have him back! He has been with us for about twenty years and the place just hasn’t been the same without him. Probably the biggest thing we have missed is him singing gospel songs while he works. He’s not a great singer but he’s a great produce man so he can get away with it.

We finished up our third quarter at the store last week. The numbers are finally starting to look better. The first two quarters were not that great mostly due to an inordinate amount of expenses. We really needed to have a good quarter to make up some deficit. I know the employees are happy. They got profit sharing checks this quarter. I am always their favorite boss when I hand those out….at least for a few days. Hopefully the fourth quarter will go well and we end the year on the upswing.

Speaking of the end of the year, Ashley, our meat manager, is already in discussions with suppliers about beef tenderloin at Christmas. Tenderloin as well as all the other cuts of beef have really gone up this year. Ashley told me the suppliers predict another twenty percent increase in prices for tenderloin by Christmas. This would make them fifty percent higher from Christmas of last year. Standing rib roasts are predicted to be high also. This is really discouraging to us and I am sure it is to you also. I guess the only ones happy about this are the chick-fil-a cows. Maybe something will change and prices will drop. I will keep you in the loop either way.

Last night at work I got a phone call from a customer that needed me to settle a dispute between him and his wife. He told me if I couldn’t help them world war three was going to start in their home. Apparently they were arguing over Fritos and needed me to go look on the shelf to see what kind of varieties we carried. He put me on speaker phone so they could both hear my answer, which put a lot of pressure on me. I went and checked the shelf and came back and told them what varieties we had in stock. I am not sure what started their argument or how it turned out but I think when I told them the answer it made the wife right and husband wrong because he pretty much hung-up on me when he heard the answer. I hope I don’t end up getting the blame for world war three at their house. 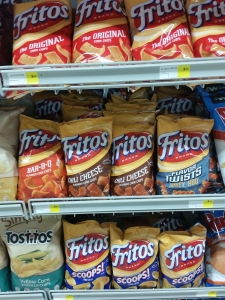 Our current Frito lineup. Hope this helps any quarreling couples.

Settling marriage disputes is just another service we provide here at the store. We also change an occasional tire, jump off a dead battery, and have even gone to people’s homes when they need a hand with something.

When you run a neighborhood business, you learn real fast that not only are you running a business but just as importantly, you are becoming a neighbor to a whole lot of people. Fortunately, I have a degree in business but maybe more importantly, I have the lessons learned from my parents and others on how to be a good neighbor. It is all part of living the “grocery life”.