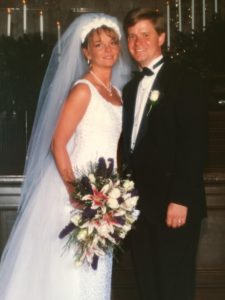 Good afternoon from Butler and Bailey Market. I hope everyone had a good weekend. It was a soggy weekend weather wise but the Vols won a football game which somewhat offsets the weather. It looks like we are going to keep getting rain for the next day or two. So much for nice weather during the kid’s fall break.

Business was a little slow at the store last week. I think everyone was down about losing the Florida game. Business is always a little off after losing such a big game. Hopefully it will pick back up since we won Saturday.

We have had an eventful few days within our family. Thursday my brother, at the ripe young age of fifty, became a father for the first time. He and his wife had a little baby girl named Sophia. She’s a beautiful little girl and she has a super proud daddy!

Friday was my sixteenth wedding anniversary. Typically, Erica and I go on a trip for our anniversary but since I broke my arm we decided to stay home for this one. We did go out to eat Friday night and Saturday we took our bikes up to Townsend and rode around dodging the rain showers. Townsend has some nice bike paths and back roads to ride bikes on so if you like to ride you may want to try that area.

It is hard to believe we have been married sixteen years. It seems like yesterday I tricked her into marrying me. I knew she was the one for me and I knew I was the one for her; she just had to be convinced of this. I think she is convinced now but I continue to be on my best behavior.

Marriage seems to be a lot like running a business. If you don’t continue to try to make it better every day it will probably do nothing more than stay the same or start heading the wrong way. I don’t want that to happen to either since about one hundred percent of my time is spent at the store or with Erica and the kids.

This week at the store we are starting a new two week ad. As you can probably guess, my favorite thing in the ad is the New York strip steaks. I don’t have a fancy way to cook them. I just burn them a little on both sides and leave the middle red.

Honey crisp apples are also on sale. They started the season at about four dollars a pound and now they are down below two. These are our best selling apples so I am glad to see the price dropping.

The two pound bags of argentine red shrimp are on sale. It would probably be a good time to stock up on those for the holidays. These are the shrimp Barbara Tenney uses in her cooking classes here at the store.

Our local products continue to do well. We are using Tickiwoo farm eggs at our house now. They are more expensive than our other eggs but they are worth it to us. They are better tasting and better for you. The folks that operate the farm are also some of the nicest people I have ever done business with. 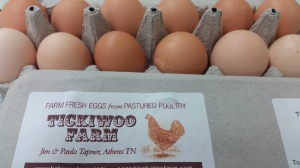 Eco-rich farms leafy greens continue to sell well. They are starting to bring us some kale varieties which I know will be popular with our customers. If you haven’t tried their products you are missing out on some great local leafy greens.

Cruze farms continues to deliver their dairy products every Friday. They have been short on supply lately but have twelve new cows so hopefully that will help them keep up with demand. 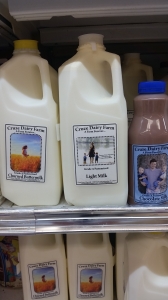 Some other local products we are using at our home are Carnathan’s Honey, Benton’s Bacon and Three Bears Coffee. We also take advantage of all the prepared foods in our deli. 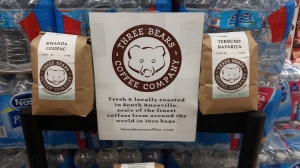 I hope everyone has a great week!