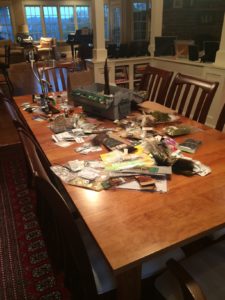 Good afternoon from Butler and Bailey Market. I hope everyone is having a good week. The weather may finally be improving after several rainy days.

I learned earlier this week that you should probably not go fishing in the mountains under flash flood conditions. I should probably know this but it has been a while since I have been able to get out and fish because of my arm. I did catch some fish but didn’t stay long, eventually good judgment prevailed. Not long after I left, I think they evacuated and closed the campgrounds in the park. 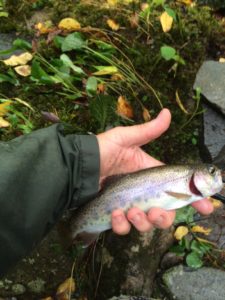 Another thing I learned this week is physical therapists are mean people that probably don’t like small children and puppies. I have spent the last four weeks trying to fix my broken arm and now I am apparently paying the therapist to try to re-break it. When I was told I needed therapy I was thinking more like a Swedish massage with soft music and candles, instead it’s more like broken arm boot camp. No pain no gain, I guess?

I am starting to get back to normal activities. I promised my son I would build him a skateboard ramp which is ironic. I am cleaning up my wood shop in preparation for this. He has been trying to build one on his own for the last few weeks without much success. He is not old enough yet to understand physics so what we have ended up with is boards and nails scattered all over the driveway. I admire his effort and look forward to helping him build it. Meanwhile, he is finding other stuff to ride on. 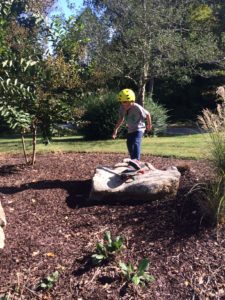 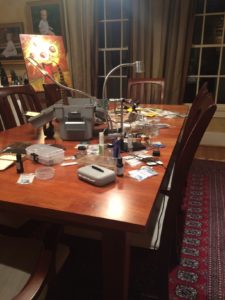 My father-in-law is coming to visit this weekend. We have so much in common I will probably spend a lot of time in my wood shop this weekend. I guess I will also have to clean off the “dining room table” since we are having company.

The November cooking class schedule came out this week. We still have openings in every class as of last night. September and October’s classes filled up quickly  so you may want to make a reservation in the next day or two if you are interested in one of the November classes. Click here for schedule 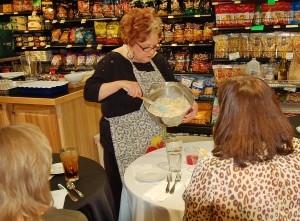 We had the Kurobuta pork chops for supper last night. If you have not tried them you should. We also had the fillet burgers another night this week. These are two of our most popular items in the meat department as well as at our house. We also keep fried chicken from our deli on hand at the house. We like it hot or cold.

I think we will probably bring home chili and cornbread from our deli to feed the company this weekend. We make both white chicken chili and regular chili in the deli. Both of them are as good or better than we can make at home so why not get it already prepared? Anyways, Erica will be catching up with her dad and I will be hiding in my wood shop so who has time to cook?