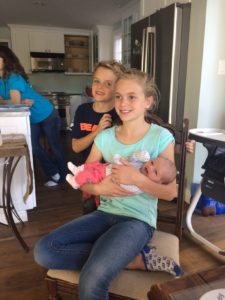 Lauren and Tyson with baby Sophia

Good afternoon from Butler and Bailey Market. I hope everyone had a good weekend. The football game did not go so well and I doubt the next one will either. I guess you never know, and that’s why you play them.

My son’s football team won their first game Sunday. I am not sure if Tyson cares if they win or lose; by the time the game is over he is ready to move on to the next activity. That’s the positive and negative of a seven year old boy. His attention span is short. This helps when things don’t go his way, he gets over them quickly. It doesn’t help with other things like paying attention in school all day or listening to his parents. 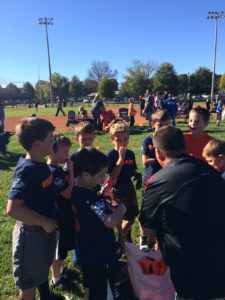 After Tyson’s game, we all went over to my brother’s house to see his new baby girl, Sophia. 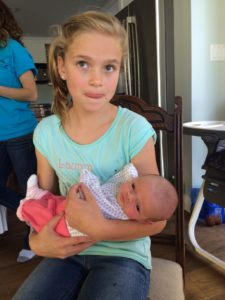 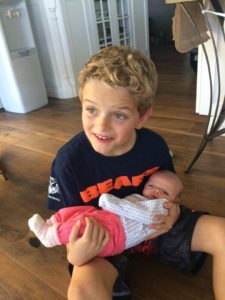 My kids were surprised how small a newborn is. They couldn’t believe that they were both that small when they were newborns. I think they both thought the baby would be ready to play with them and when they realized she was a little young to play, they went looking for my brother’s cat to play with. It won’t be long before Sophia is begging them to play with her.   . 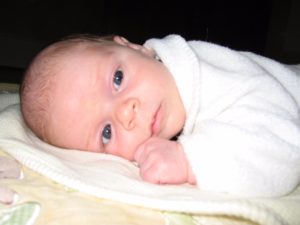 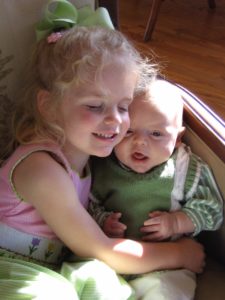 Our week here at the store started out well. The inspector from the Knox County Health Department came in yesterday to do an inspection. He does this unannounced twice a year. His visits are not my favorite part of this job. I rarely see eye to eye with him.

I was not here when he came which probably had something to do with us getting a ninety-nine on our score. That is almost perfect. Had I been here, I bet the score would have been lower. I usually smart-off enough to cost us about ten points.

I am thrilled with our score. The folks here are doing a great job keeping the store up to the high standards of the health department. A high score will also keep that pesky Don Dare from doing a news story on us. 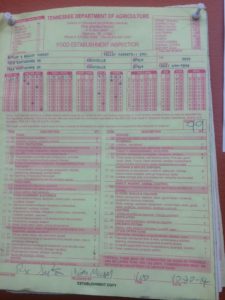 While the health department was here, I was at the doctor getting a checkup on my arm. The doctor told me I was ahead of schedule on my recovery. I have to go back in three weeks at which point he said he would probably release me to go back to the skateboard park. I have continued to take Tyson to the skateboard park and so far I have had no desire to get back on my skateboard when we are there. That’s probably where the health department ought to be hanging out. I would score it in the low teens for safety.

I mentioned in the last blog that the November cooking class schedule was now available. As of this writing, all the classes are full except the ones on the thirteenth and the twentieth.

We have also set the date for our holiday open house here at the store. It will be on November twenty-second. This is when we prepare some holiday favorites for you to sample. We will also have some local vendors here sampling out their products. This would be a great time for you to come by and sample some of our holiday dishes and get ideas for your holiday meals. 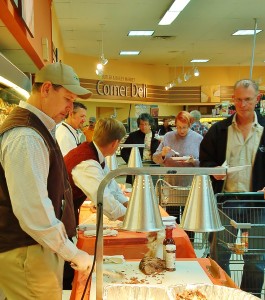 This will be our third year doing this and it is always a great success. I hope you will be able to come by. I will give you the specific times when we get the plans finalized.

I hope everyone has a great week!