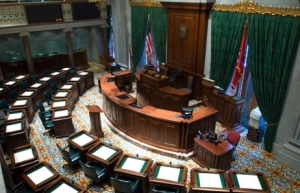 Good afternoon from Butler and Bailey Market. I hope everyone is having a good week. The weather has been nice and looks like it will be really nice this weekend.

We have had a good week here at the store. The last couple of days, it looks like everyone is buying things to get ready for the big football game Saturday. Which basically means lots of meat and lots of adult beverages.

Speaking of adult beverages, a news organization called me this week wanting me to go on television to debate someone who is against selling wine in grocery stores. I declined the invitation. One reason is I am not made for television. The camera makes me look fat and the microphone makes me sound like I don’t know what I am talking about.

Another reason I didn’t go on is I am indifferent about selling wine in our store. I am not for it or against it. I should probably be more excited about selling wine. It will probably mean a quick increase in total sales which translates into a quick increase in profits but at the same time we have made it just fine the last twenty-five years without it. I think by the time the politicians get through writing all the new rules and regulations for selling wine, it will be a confusing mess. I really don’t look forward to new confusing messes. I already have a big one looming. My daughter will be becoming a teenager. This will happen about the same time wine gets in grocery stores. 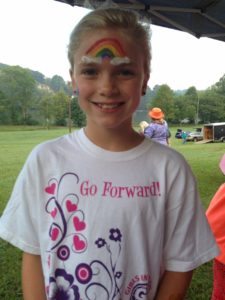 All I have ever asked for in my business is a level playing field. I want to be treated just the same as my competition. With this wine bill, most of my competition will get, what I consider, an unfair advantage.

I called my state legislators and asked them to justify this rule to me. I knew I wouldn’t get far but felt like I needed to speak my piece. They all told me they were trying to protect small businesses (liquor stores). When I told them I was a small business, they backed off that line of reasoning. They really couldn’t come up with any other reasoning to tell me why I was not being treated equally. They finally told me I had fallen through the cracks but assured me they had nothing to do with writing the legislation.

I have several friends and customers that own liquor stores, which are also small family owned businesses. I bet they don’t feel like their legislators are protecting their small businesses either. I bet some of them will fall through the cracks permanently.

Eventually we will be selling wine here at the store which will add a lot of convenience for a lot of our customers which is a good thing. I am sure the transition will be hard but we will get it figured out.

As I finished my conversation with the man from the news, he told me none of the chain stores would go on the air and talk about wine either. He then asked me for some other independent grocery store owners he could call to see if they would come on the air with him. I told him we were about the last one in Knoxville so I didn’t know who he could call. He asked me why there weren’t any more besides us and I said I didn’t know but someone had told me they had fallen through the cracks.