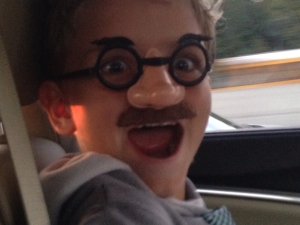 Good afternoon from Butler and Bailey Market. I hope everyone is having a good week. The weather has been beautiful but that is changing as I write. Just to let you know, the pictures on the blog will probably have nothing to do with the text in the blog. We are still trying to figure out which ones are permissible to use from the internet. So until then, you are probably going to get a heavy dose of the pictures from our cameras.

I just put the finishing touches on my apology letter to Getty Images in Seattle, Washington. Fortunately, I have not had to write many apology letters in my life. They aren’t easy to write so it took me a while. It is one thing to write when you know your audience; it is totally different when you are writing to some legal department in Seattle. I think they live and believe a little differently than we do around here.

I am lucky that we live in a world full of apologies. If you are looking for some examples of apologies to help with your own apologies all you have to do is turn on your television or open up a newspaper. They have become so commonplace, sometimes you have to change the channel on the television two or three times before you find a station without someone giving an apology.

Recently most of the apologies have come from the sports world. The athletes are getting in trouble for things they have to apologize for, and then the administrations in charge of keeping the athletes out of trouble are having to apologize for not doing their job.

I always have a tough time figuring out which ones are sincere and which ones are not with these sports figures. They are not trained in the art of apologies so it is hard to get a good read on them.

The apologies I like are the ones from politicians and televangelists. I always know when they are being sincere. NEVER! The reason I know this is once they make their mistake they spend the first few months denying a mistake was made. When they figure out that’s not working, they spend the next several months lying and blaming someone else for their mistakes. When that doesn’t work and if they haven’t been voted out of office, thrown in jail or checked into rehab, they will offer an apology. And boy will it be a good one!

My favorites were performed by Jimmy Swaggart, Jim and Tammy Bakker and Bill Clinton. I would include Nixon but am not sure his was an apology.

Who could forget their quivering lips, tear filled eyes, and Tammy’s makeup running down our television screens. Maybe they have to deny and blame for so long to give themselves time to rehearse for their performance.

We seem to live in a world that is quick to criticize and blame and slow to apologize and forgive. The people we look to for leadership seem to have decided that personal responsibility should only be practiced as a last resort. As long as they have fifty-one percent of the people on their side, they do whatever it takes to keep their slim majority happy. And it is usually to the detriment of the other forty-nine percent. I think we are seeing the results of this all across society.

The good thing about the grocery business is we have to try to make one hundred percent of the people happy one hundred percent of the time. If we only make fifty-one percent of our customers happy, we go out of business. I am sure most of you are in the same boat at the places you work. When you know that going in, it makes it a whole lot easier to try to treat people with kindness and honesty. Maybe we should require larger majorities to win elections? 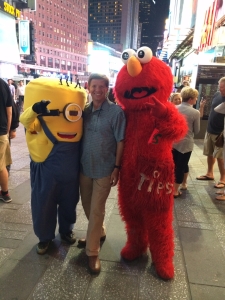 Well I went way off course today writing this. I think I have had too much time to sit around and think about things. Nope that’s not it. A lady just walked by while I was writing this and told me she liked my blog but she said she was a little bit off in her head. I told her I was a little bit off in my head and she said she could tell that by reading my blogs and that’s why she likes them. So now I have an excuse and something to blame for my behavior. Maybe I should go into politics? 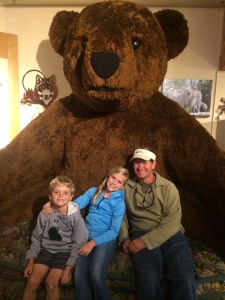