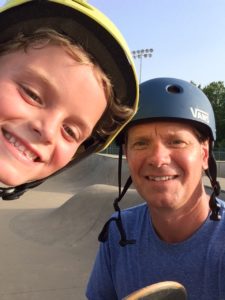 Good afternoon from Butler & Bailey Market. We continue to have beautiful fall weather and it looks like it is going to stay with us for the foreseeable future.

Business has been good over the last few days. Probably the biggest reason is the beef tenderloin sale we had at the end of last week. It was only for four days but we ended up selling around one thousand two hundred pounds of it. This was a good warm-up for our folks in the meat department to prepare for Christmas business. If that business is similar to last year, we will sell around twelve thousand pounds of tenderloin over a two week period.
It is always a little scary to place that order because once we buy it, we own it. Right now it is costing about twelve dollars a pound so that’s about a one hundred and forty-five thousand dollar “roll of the dice”. Thankfully you all have always come and bought them!!

It has now been a year since I broke my arm doing cool tricks on my skateboard. My son apparently decided he needed to commemorate my one year anniversary by going off the back of his skateboard ramp and breaking his arm. 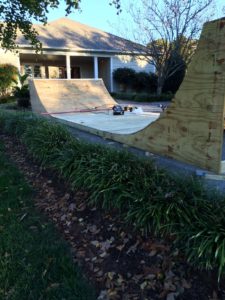 His mom was out of town when this happened so instead of going to the ER, I took him down to see my neighbor, who is a doctor. That was a lot more convenient for me and besides, it didn’t look too broken and he wasn’t even crying. Our neighbor decided that if it was broken, it wasn’t a bad break and if nothing changed with it, we could watch it over the weekend and have it X-rayed the first of the week if it was still bothering him. In my mind, that meant it was probably okay and not to worry about it. Well when my wife came home from out of town that night, she decided I was taking him to get X-rays the next morning. So I did. For some reason I hear her more clearly than I do doctors.
On the way to get X-rays the next morning, Tyson and I were already scheming on how we were going to the skateboard park that afternoon if it quit raining. We just knew he was okay. Well after getting a few X-rays, the doctor came in, dictated a few notes and then to my surprise, asked Tyson what color cast he wanted. Turns out he has a buckle fracture, whatever that is, so he has to wear a cast for three weeks. Instead of going skateboarding that afternoon, we went to the craft store and bought some fancy pens for people to sign his cast with. 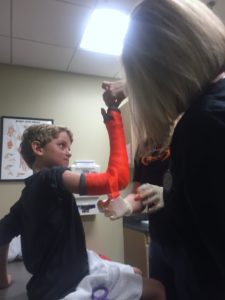 I guess this is another case of bad parenting on my part and another great argument on why children need mothers. If Tyson and I keep doing extreme sports, I need to see if I can start bartering beef tenderloin for medical care?

Beef tenderloin will be one of the many items we will be preparing for our holiday open house in November. We will also have standing rib roast and a couple of pork items prepared for you to sample. 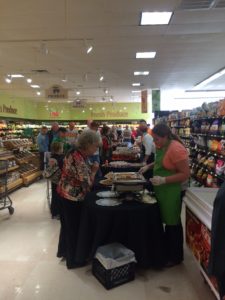 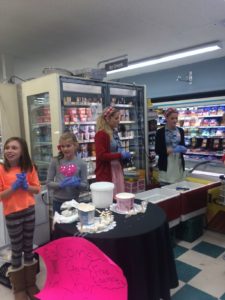 They are all planning to be here for our open house. The list will continue to grow as the day nears.
This is a great event so I hope you will come by and meet and taste the products of all our local producers. The date of the event is November 21 from 11am to 2 pm.