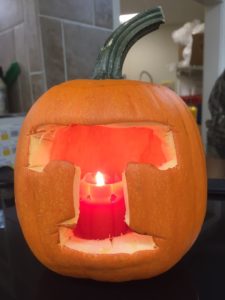 Good afternoon from Butler & Bailey Market. I hope you are having a good week. The weather has been a little dreary this week until today, but I guess we were due after so many beautiful, sunny days.

It has been somewhat uneventful around my house this week. No broken bones to report on. Tyson did get his cast off on Monday. I’m not sure that was a good idea because the doctor said he needed to be inactive for another two weeks. That’s a tall order for an eight year old. We will see how it goes. I guess it does mean we won’t do stupid things with our bodies for another two weeks. 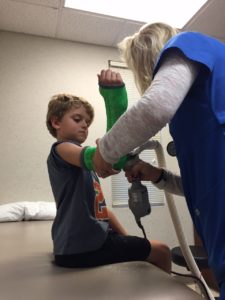 Lauren and I made a cake on Sunday. I think that was a first for both of us. Her mother was conveniently gone when Lauren came up with this idea so I became her helper for this project. 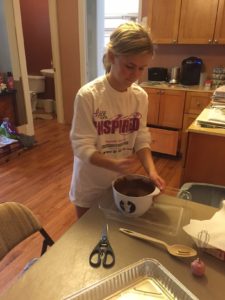 We did leave Erica the dirty dishes so she wouldn’t feel left out. I should probably just bring Lauren to the store and let her make cakes with Nancy for a day. She is the master cake maker. 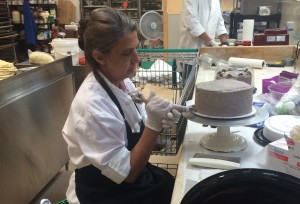 Here at the store, we are starting to gear up for the holidays. We are stockpiling the most important items. One reason for doing this is because the closer the holidays get, the shorter the supplies get on a lot of things. The second reason we do this is to take advantage of better pricing on those items. Manufacturers con us into buying early by offering better pricing. Retailers try to do the same thing with holiday sales starting earlier and earlier every year. I have never really understood why we all have more and more sales earlier and earlier every year but after reading an article last week, I have finally figured it out.

It’s a Government Conspiracy and it’s against retired people.

The article I read was about social security payments not increasing because prices have not risen enough (inflation) to justify them. As I read that article, I thought, isn’t that funny. You work all your lives and the government takes what is now 6.2 percent of your money out of every pay check you received. On top of that your employer has to match that amount for you. If you are self-employed, you have to pay in the whole amount. They then “hold” your money in “safe keeping” until they decide you are old enough to retire. They have been saving mine, for me, since I started working thirty-four years ago.

Once you get to their retirement age, they decide how much of your money they are going to give you back based on some screwy formula, that I bet no one understands, and I guess it doesn’t work because the thing is going bankrupt by all estimations.  If the thing is going bankrupt, what did they do with my money that they were saving for me? Did they lose it? Did they give it to someone else? What if I don’t like the person they gave it to? Surely they didn’t spend it on something else without asking me first.

Anyways, after they decide how much of your money they are going to give you back, they then decide how much you need to live on from year to year based on some price index that is skewed towards the spending habits of younger people.

That is why they love for us to have more and more sales earlier and earlier every year. It’s so prices stay down and they don’t have to give you as much of your money back.

The weird thing is, when they talk out of the other side of their mouth, they have decided that wages for working Americans need to go up because they are not keeping up with the rising cost of living. Is this the same cost of living that is not going up for retired people?

The catalyst for getting wages higher is raising the minimum wage. They say that if you raise the lowest wage, all wages will rise along with it. I think in the long term that is true. In the short term it is not. Companies don’t all of a sudden have more money when the government decides to raise the minimum wage. They have to cut cost somewhere else to pay for it. Over time prices go up to compensate for wage increases then companies have more money to pay higher wages to everyone.  I think the government likes this idea because they get the credit for paying people more money, but it doesn’t cost them anything. The employer pays for it. Plus, they get more of your money to “save” for you because the more you make, the more you and your employer pay in to social security. The employers get to pay for it up front, but ultimately you pay for it through higher prices on the things you buy.

I guess when we were born we must have signed something on our birth certificates that says the government can borrow all the money they want, anytime they want, on our behalf. It must happen right after they hold you upside down and smack you on the butt. I do remember being disoriented for a few minutes after that. 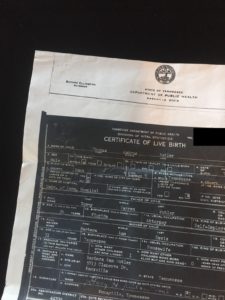 Over time, regardless of the wages we make or the retirement we receive, everything seems to even out. We all just adjust our business plans and lifestyles accordingly.

And before you think I am mad at the government, I’m really not. AT&T, Comcast, and Getty Images have made me a lot more angry than the government ever has. I may point out my disagreements with them but I am pretty much living the “American Dream” so what do I have to complain about? If they can help more people realize the “Dream” that’s great. I am glad to give them credit, but I would give more credit to my family, my faith, and my community in achieving my “dream” and that is how it should work.

So for all you retired people and those of you still working, I guess we will keep on having more and more sales earlier and earlier in the year until the government tells us differently…. and let’s just hope their printing press never runs out of ink. 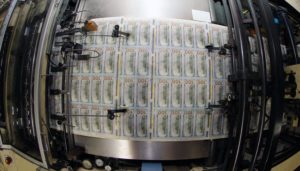