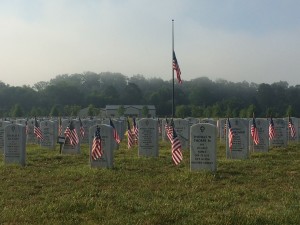 Good afternoon from Butler and Bailey Market. Today is Memorial Day which I guess is the official kick off to summer but more importantly, it is the day to honor all of those that have lost their lives in service to our country. We would like to extend our deepest gratitude for the sacrifices they made to give us the freedoms we enjoy.

Tyson rode with me to work this morning and quizzed me about what Memorial Day is and wanted to know if anyone in our family had died in the military. I didn’t know of anyone, but I don’t know much about our family history beyond my grandparents. He is spending the day with his grandmother so maybe she can give him a better history than I did.

As of Saturday, Tyson and I are bachelors. We put Erica and Lauren on a plane to England Saturday evening. They are going to stay with our friends in London and spend the next ten days seeing the sights.

It was decided that Tyson and I were not mature enough to take a trip like this so we stayed home. We were mature enough to lay out of church yesterday and go to the skateboard park. After that, we went boating with some friends and then went and played putt putt until dark. 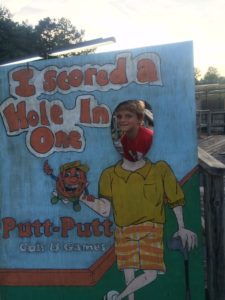 We are not eating the most well rounded meals, but we have managed to get a shower and brush our teeth everyday…so far. Tyson loves hanging out with his dad but that will probably change now that the work week has started.

This will be the longest any of us have been apart from each other so we will see how it goes. I imagine Tyson will have it the worst since he is stuck with me.

The store has been really busy this weekend. The most popular items seem to be our fried chicken, the smoked pulled pork, and our bacon wrapped fillet burgers. We have also sold a lot of watermelons and cantaloupes. We had a back room full of drinks at the start of the weekend and they are almost gone.

We have had three beautiful days of weather which always helps everyone’s holiday plans which translates into good business.

I don’t know if the British observe Memorial Day like we do in the states. I imagine they do something similar since they have had a military longer than we have. I am pretty sure they don’t celebrate the fourth of July over there and probably don’t like it when we do. I guess the girls picked the right holiday to visit England?

I hope everyone has a great holiday and thanks again for the business!