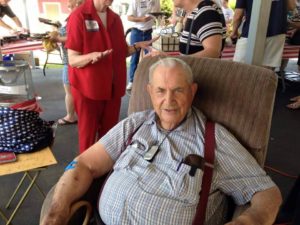 I was by Duncan’s boat dock Tuesday to get some gas for the boat. I think Ben was still recovering from his 90th birthday celebration that was last Saturday. I am sure some of you attended it. We didn’t make it because we ended up with a house full of kids on Saturday. Ben told me it was a big time. He had finally gotten all of his birthday cards opened by Tuesday. He had over a hundred of them. He also told me people had put money in some of them. He said one fellow even put a fifty dollar bill in his card but that he owed more than that on his account at the dock so it really wasn’t a present. Even at ninety, I guess it is still exciting to get a card with money in it. Ben also told me he sold well over a thousand dollars worth of t-shirts that day. I guess his birthday turned out to be a profitable day at the dock so I guess he will have a few more Mason jars buried in his back yard. 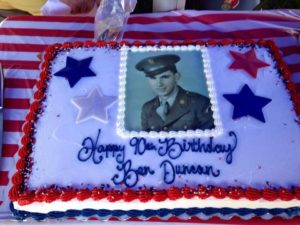 Business at the store has been good recently. It might have been a little better had Blue Bell ice cream not been recalled. We sell a lot of their ice cream so I hate that we don’t have it. Many of you have asked when it will be back on the market. Initially they thought three weeks but they keep pushing it further out. I think their problems are more widespread that they first thought and now the government is involved which will probably slow the process down even more. Hopefully they can get back up and running soon because this is definitely the ice cream season. I will let you know if I find out any new news.

I bet we will have Blue Bell back before KUB gets through with the utility work on Northshore Drive. Is it me or are they digging holes, covering them up only to re dig them about a week later? Every time I think they are through digging in front of the store, they come back and start digging again. It doesn’t seem very efficient but I guess when you have a monopoly, you don’t have to be efficient. And I guess they can always hike rates to cover it. I can’t wait to see how much better our toilets flush once they are done.

My wife is coming to cooking class tonight so I will be home with the kids. She will have a delicious gourmet meal, we will probably eat fried chicken from the store which is gourmet to me. 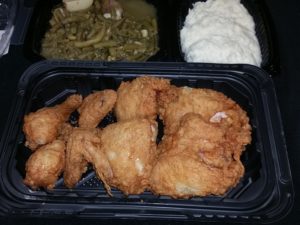 Tonight’s class is full as are the rest of them in May. We should have June’s cooking class schedule out in the next week so be looking for that if you are interested in coming to a class.