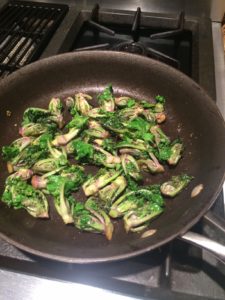 Good afternoon from Butler and Bailey Market. We have gone from beautiful, warm weather, back to clouds and cold. I think they are even talking about a chance of snow over the next few days.

It has been kind of quiet around the store this week. I guess that will all change if we do indeed get snow but I’m not counting on that. Actually, the perfect scenario for us is a strong prediction of snow and then nothing happening. All our business comes on the rumor so it never really needs to snow for us to have big business, people just need to think it’s going to snow.

I love the snow and my kids would really like to have some snow but when it snows, it is a pain to try to operate the business. The staff can’t get to work, deliveries are off schedule, and customers can’t get here to shop. I can’t control it either way so I don’t worry about it a whole lot.

Believe it or not, I have fried okra at home twice over the last week. We have found a supplier that has been shipping us some beautiful okra. It is actually grown in Argentina, but the quality has been almost as good as our okra in the summer. We all love fried okra at the house so now maybe we can have it year round. 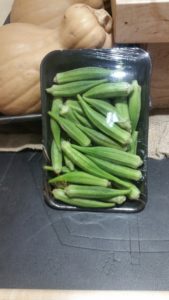 We are also getting some different varieties of kale in our produce department. Some is coming in as bagged salads but we also now have kale buds and kale sprouts. We tried the kale buds the other night. I just sautéed them with garlic and butter and when they started to tenderize I added a little lemon juice. I would have also added I little white wine but we didn’t have any. They ended up having a very similar taste to Brussels sprouts, just with a different texture. I have not tried the kale sprouts yet but Ms. Tenney mixed them with scrambled eggs during her cooking segment on the news this week so there’s an idea.. 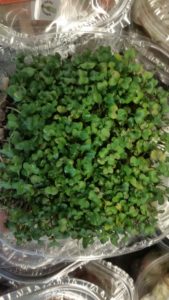 In our deli department, we are carrying some new things from Tomato Head restaurant. We have always carried their hummus and we have now added two flavors of their pesto, regular, and spinach & sundried tomato. We also have their tahini dressing. These are local products, with all natural ingredients so you may want to give them a try. 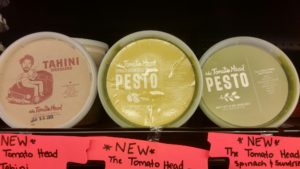 Another thing we are using at home now is Applegate Naturals turkey bacon.  If you are looking for a healthy alternative to regular bacon, you may want to try it. To me, most turkey bacon is not worth carrying home but everyone at our house likes this brand. 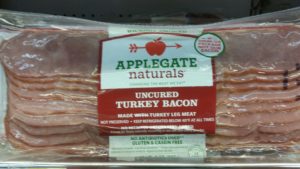 We carry a full line of Applegate products in our meat department, from three types of bacon to lunch meats and cheeses. They are all gluten and nitrate free. 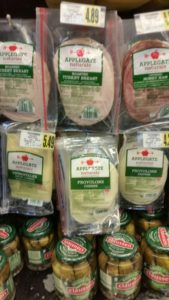 A family on Tyson’s basketball team bought a game package for the Atlanta Hawks at a charity auction and they invited Tyson’s whole team to go to the game. Our family, as well as most of the other families on the team, is driving down this afternoon to watch the game tonight. My kids are really excited. I haven’t really followed the NBA since Dr. J retired so maybe seeing a game will revive my interest.

I told Erica I wanted to leave a little early so we could stop by the new Cabela’s store that opened up down there. I’m pretty excited about that.

Last weekend, I also did something I had never done before. I went on a double date to an indoor gun range. My friend’s birthday was last weekend and every year he and his wife and Erica and I go out for it. He gets to pick where we go since it’s his birthday. He decided he wanted to do the gun range and a nice Asian dinner. There is nothing like dressing up to go to the gun range and dinner on a Saturday night. 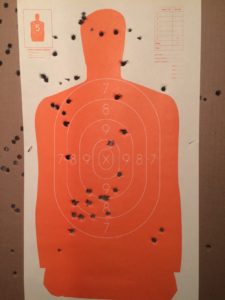 We went to Gunny’s in Maryville to shoot and then went to Lemongrass to eat dinner. I’m sure our server at Lemongrass was wondering why we smelled like gun powder and couldn’t hear what he was saying.

As my British friends would say,” It was a lovely evening out with friends.” I wonder what he will come up with next year.

As a side note, if you do go to Gunny’s to shoot guns there is a Cuban restaurant just down the street called Cafe Aroma that has the best Cuban sandwich I have ever eaten, if you like Cuban food.

Well two exciting weekends in a row! I don’t know what I will do next weekend to keep my streak alive of doing things I have never done before. Hmm…. I’ve never been to a Super Bowl.