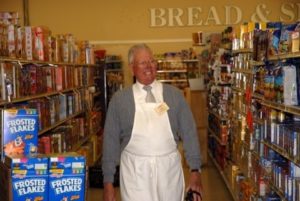 Good afternoon from Butler and Bailey Market. I hope everyone is having a good week! We have finally gotten some sunny weather over the last few days which seems to have put everyone in a better frame of mind.

Business has continued to hold up well during January. We thought we had a good week of business last week until we compared it to the same week last year. We were way down from last year’s numbers. After a little head scratching, we figured out last year during the same week was our twenty-four year anniversary sale.

It was the first time we had ever had an anniversary sale and it turned out to be a big success. I guess most stores would have an anniversary sale every year. It took me twenty-four years before I thought the timing was right for ours. My staff recently asked me if we were going to do one for twenty-five years but it just didn’t feel right being so close to the last one. I think one every few years is plenty. I wouldn’t want to wear out our welcome.

Besides the anniversary sale, we have only had one other special sale in the last twenty-five years. It was a sale to pay tribute to my late friend and partner here at the store, Mr. Bailey. 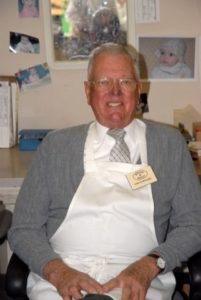 For that sale, we picked out all of the items he loved to advertise and sell here at the store as well as the things he enjoyed himself. We put all of the items below cost which made the sale a huge success! To be honest, I don’t know if people cared about getting great deals as much as they just wanted to come in and show their gratitude for what Mr. Bailey meant in their lives by just being their grocery man.

I know many of you that read this remember him fondly and those of you that never made his acquaintance, all I can say is they don’t make them like him anymore.

One of the things we advertised for the tribute sale was Miller High Life beer. That was Mr. Bailey’s beer of choice at home on his farm. He kept a refrigerator in his barn and it always stayed stocked with the High Life. I think he and his buddies solved a lot of the world’s problems gathering around that barn over a cold beer.

I would often need to call Mr. Bailey at home over some issue at the store. More times than not his wife would tell me, “he’s down at the barn, just call him on the phone down there.” I never called him at the barn. Farming was his escape from the grocery business and I wasn’t about to interrupt that. I just worked out whatever problem I had at the store on my own. It never failed, when darkness rolled around on those days, Mr. Bailey would call me at the store to see if I needed him for something. No doubt when he had gotten in for the evening, and his wife had told him I had called earlier in the day.

We probably all have places that we go when we need to solve the world’s problems without interruption. Mine would be standing in a river or in a boat on a river. 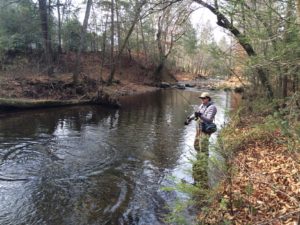 That ad for Mr. Bailey was the only time we have put beer in any of our advertisements. We have always sold beer but I just have never felt comfortable promoting it in our ads. I’m not sure if people care one way or the other but out of respect for those that might, I have chosen not to do it.

Our competitors advertise it every week in their ads and I am sure it would help our beer sales if we did the same. We have a great selection and very competitive pricing on it.

Ray half jokingly told me the other day that he was strongly considering putting beer in our Super Bowl ad. I think he just wanted to see my reaction. I told him that would be fine but that someone else would be writing the ads afterwards if he did so.

I know Ray gets frustrated with my different ways of thinking and I can assure you he’s not the only one. I even get frustrated with myself sometimes. Oh well, I feel like I have to be willing to answer for every decision I make for the store and that has been a good compass for me up to this point.

Well after twenty-five years, we have had one anniversary sale, one tribute sale, and we have advertised beer one time. The excitement just never ends around here. Stay tuned because in the next eight or ten years we may have another big exciting event sale.

My friend Joseph and I are going to go stand in a river this afternoon and solve some of the world’s problems. We typically can narrow those down to one, how to get the fish to bite. 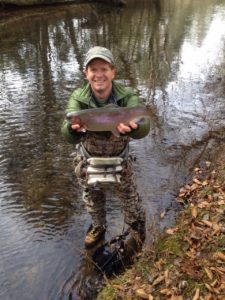 The rest can wait until darkness rolls around, we head home and our wives give us our phone messages.