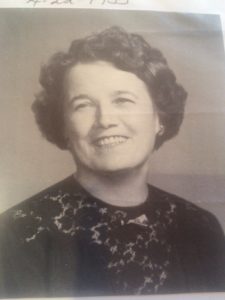 Good afternoon from Butler and Bailey Market. I hope you are having a good start to your week. Things are getting back to normal here after a big super bowl weekend.

We have been going to the same party for several years. It took me a while to adjust to not watching the super bowl at a super bowl party. After all, it’s just the biggest game of the season, and food and fellowship are more important?

We typically leave after the halftime show, which we did for this one, so I did watch the end of the game once we got home. What an ending to the game! I can kind of sympathize with the Seattle coach. I am sometimes guilty of over thinking things when I am in a pressure situation and end up outsmarting myself. I think that’s what happened to Seattle.

Well, I have gone about five weeks now without fried foods or red meat which, for me, is about like taking away the air I breathe.I can always think of a way to screw up my perfectly happy life.

Although Erica has always been a “perfect 10” to me, she has agreed to be on the same diet as I am. So we are on a steady diet of fish and chicken, as well as other seafood, plus a lot of green vegetables, always baked, sautéed, or grilled.

I think the genesis of this decision was when I broke my arm in September. For several weeks all I could really do is sit around which lowered my morale. This caused me to turn to my favorite comfort foods. So between lack of exercise and poor eating habits I put on a little weight. I don’t know if it is my age or what I ate, but apparently every pound I gained settled in the same spot which is where I button my pants every morning. When I got down to the last three or four pairs that still fit, I decided it was time for a lifestyle change.

The other reason is my eight year old son. He is on a kick now about having six-pack abs. I think he got on the kick because he is an early riser. He usually gets up about an hour earlier than the rest of us and I think at that hour of the morning, when he turns on the television, all that is on is infomercials. Many of these are about attaining six-pack abs. He often tells me for three easy payments we can get them. Well, we are not buying what they are selling, but we are in a little competition to attain them. I’m tired of him asking me why I don’t have them. After weeks of low fat and low sugar in my diet, plus exercising five or six days a week, a few more pairs of my pants now fit, but still no abs are showing up.

When you really limit your diet, you are always looking for ways to prepare the same foods a different way. On the recommendation of one of our friends we bought a new cookbook called “Raising The Salad Bar.” It has a lot of recipes we have enjoyed preparing and eating. The author has some creative ideas on how to prepare salads as well as meats to go with them, in a health conscious way. If you are looking for new ways to prepare the same old foods you may want to check it out. 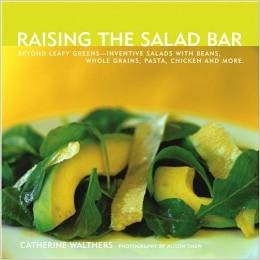 Even though Erica and I have decided to remove fried foods and fatty meats from our diets for health reasons, in yet another case of bad parenting, we continue to feed the kids fried food and steak. Now when we have okra, I fry theirs and we roast ours. When we have seafood, they have steak, etc. etc.

One might wonder why we continue to feed our kids food we have deemed unhealthy, and I will tell you that it’s my grandmother’s fault.
When I was growing up, I got to visit my grandparents quite often. It was always a treat to me, my brother, and two cousins. My grandmother was really frugal which made her really crafty. Since she would never throw anything away, she would repurpose what most people would consider trash into supplies for crafts. So whenever I went to visit, I knew she would have some fun crafts for us to work on. 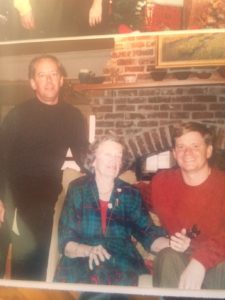 I remember making figures of people by folding the pages of old Readers Digest magazines a certain way. She would take old metalcans, cut and bend them a certain way and end up with a replica of a rose. We would also take apples that had gone bad, peel them, set them out to dry and then form them into the head of a person. We would then find sticks and such to make their bodies and she would take some cloth and sew clothes for them. She also taught all of the grandkids to knit and needle point. She also quilted which I never learned to do, but I do have two quilts she made using all of my grandfathers old neck ties.

Every time I went to visit, I couldn’t wait to see what trash she had been saving for us to make crafts out of.

I spent most of my visits to my grandparents with my grandmother, but my grandfather did come home most every day from work to eat lunch. I think he did this because he was on a very strict diet. He had already survived two heart attacks by the time I was born so he had to be really careful about what he ate. My grandmother was in charge of preparing most all of his meals for his diet. 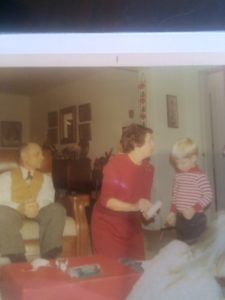 I think one thing she always fixed was a pot of greens. I can still remember how they smelled up the whole house when she cooked them. Another thing she usually fixed for him was chicken. Because of his diet, she would always pull all the skin off the chicken before she cooked it since it was full of fat and was bad for him. Well, she was not about to throw away perfectly good chicken skin so she would pull out the old black iron skillet, fill it with oil and fry the chicken skin for the grandkids. It was worth the visit just to get some fried chicken skin.

That is probably where I acquired my taste for fried foods because I have loved them ever since. I also learned her trick for frying foods. It was all about getting the grease hot enough. The way she did this was by putting a wooden match in the oil while it was heating up. When the match lit that meant the oil was ready. I remember getting as close as I could to that hot oil, watching that match float around, just waiting for it to ignite. When all four of the grandkids were there, we would all drop a match in the oil and crowd around the stove waiting for them to light. It’s a wonder we didn’t set ourselves or the house on fire. 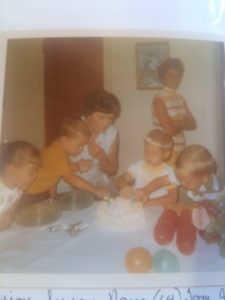 At the time, I never thought it was strange that my grandmother cooked foods for us that doctors had determined to be so unhealthy for my grandfather. I am not sure she ever saw the irony in this either. Maybe she did but decided what is bad for adults is okay for children? As I look back on it, it really doesn’t make a lot of sense to me.

I don’t test my oil by putting a match in it anymore and I don’t let the kids near the stove when I am cooking, but when I fry foods for them, I laugh to myself because it still doesn’t make sense to do it but I guess since my grandmother did it for me, that makes it okay.