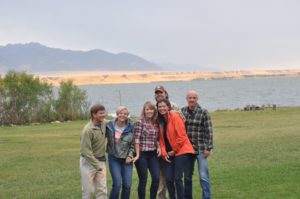 Good afternoon from Butler and Bailey Market. I hope everyone is having a good week! The weather has turned beautiful again after several rainy days which makes for happier customers and employees. Hopefully it will help sell groceries as well.

We had a great summer of selling groceries which, ironically, coincides with the fact that I did not write a blog all summer. One reason I write the blog is to help business but now I think my logic might be faulty?

I didn’t intend to take the summer off from writing, but I got involved in a couple of projects over the summer that kept me pretty drained mentally. I know you are thinking “how hard could it be to write a blog?” Well for me it’s hard when my mind is clear and apparently next to impossible when it is not. My mental capacity is not real large to begin with. Hopefully, I am back on track since my other projects are taking less energy now.

One of my projects has been at home. What started out as needing a new dishwasher and redoing a hallway got out of hand pretty quickly. I won’t go into all the details, but I now have what is probably the most expensive “dishwasher” in town. One thing always leads to another when you start working on a house. I would guess most of you have had a similar experience.

The other project I have been working on is helping my friend Joseph start his own business. We probably started talking about him doing this a year ago, and in the early spring he committed to it. So we have been pretty busy since April working on it. When I started at the grocery store it was already a going concern which in a lot of ways made it easier. This business is from the ground up so a lot more goes into the start up phase.  Regardless of how you start your own business, be it taking over a going concern or starting from the ground up, at the end of the day, it is just one big leap of faith.

Soon after we got into it, we asked another friend of ours, Steve, to join us. He had some expertise that neither of us had. I have always operated the store on “gut feeling” or put another way, “by the seat of my pants.” I have never really studied numbers and statistics, had a fancy business plan, or done any market surveys and analysis. I probably should be doing those things but that is not what I enjoy about business. I like the people side of it. Selling all the groceries in the world will never compare to the relationships I have with my fellow workers and customers, past and present.

Steve is really strong on planning and organization. He loves looking at spreadsheets, developing business plans, and operating agreements, as well as making sure certain benchmarks are met before moving forward. He wants to know what will happen before starting a business. I want to start a business and see what happens. Both ways have worked in the past, but his way is probably more prudent.

Joseph’s strength is he knows a little about cooking food and giving folks a great dining experience. I say that kiddingly. He actually knows a lot about those things and is the only chef from Tennessee to win the James Beard award for best chef in the southeast. He won this award in 2013 as the chef at Blackberry Farm which I understand is a pretty nice place. I have never stayed there, but I have accidentally fished their trout stream on purpose. If the rest of the place is as good as the trout stream, I might ought to take a look at going sometime.

Anyway, as you have probably guessed or read about it by now, Joseph is getting ready to open his own restaurant. It is going to be located downtown on the corner of Walnut and Union. He is planning on being open in the first month or two of 2016. I don’t think the name of it has been announced yet so you can be looking for that in the coming weeks. I will tell you that the three of us and our wives went to Montana for a week in August under the guise of a business planning retreat. I bet we spent at least an hour that week working on the business plan as well as the name. It turns out, when you are out there, you have to fish during the daylight hours, then Joseph had to cook our meals at night, which we had to eat. So that didn’t leave a lot of time for business. I did come up with some great names for the restaurant while there, but the wives shot down every single one of them. I don’t think they appreciate my creativity?

We are all excited about Joseph’s “leap of faith” in starting his own business. I know all the “foodies” out there are excited about it. I hope you will join us in supporting another local guy trying to realize his dream. 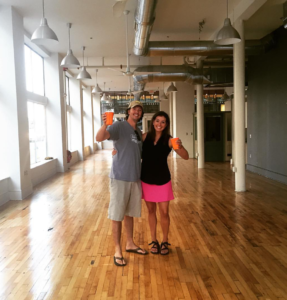 Joseph is one of many Butler & Bailey alumni who got their first job with us and then went on to do great things in their chosen profession. I am proud I got the chance to be a part of their lives while they worked here and even more proud to see what they have done since. I have also enjoyed watching kids that have grown up coming to the store with their parents do the same thing. That’s a lot more fulfilling to me than looking at spreadsheets and counting cans on a shelf and that’s why I love the grocery business!

Thanks for supporting my “leap of faith” so many years ago and thanks for letting us be a part of the community!