Mr. Rabbit is waiting for Tom’s garden to come in.

Good morning from Butler and Bailey Market. It is hard to believe May is already here.

May and August are the transitional months for our labor pool at the store. We have always employed a large number of students so the ending of the school year and the beginning of a new one in August are when we have a lot of new faces and lose some familiar ones. It is always with a little sadness to see those folks move on. Most of them have been with us for several years. We do get a lot of satisfaction when they come back to visit and they have earned a college degree, started a great career, or maybe even gotten married and have children. It is kind of neat to have given so many people their first jobs. I hope it had a positive impact n them. May is also school prom time. When we did the scheduling for this week almost all of our high school students asked off for the weekend. This must be a big weekend for school proms. My first few years here, we had a small staff so when prom night came it was really a struggle to have enough employees to stay open. I always made a deal with the students. I would let them off for prom, but they had to come by the store on their way, to show off their fancy clothes and take pictures. They always held their end of the bargain and it was always a fun night to have them parading through the store in tuxedos and sparkling dresses.

Here are a few of them from the early nineties. 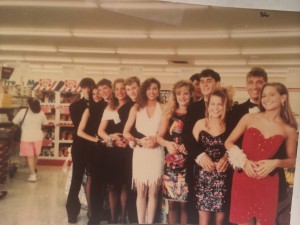 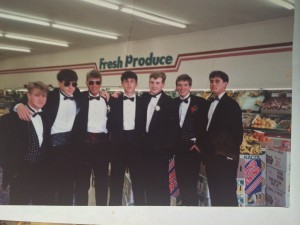 This should be a busy weekend at the store with the Kentucky Derby Saturday and Cinco de Mayo on Monday. Our deli will be doing plenty of party trays and the meat department will be busy with special orders. The best part is that the weather looks great for the weekend. We always sell a lot of fresh mint, for the traditional Derby drink, Mint Juleps. We will have a kit available this weekend that includes mint, sugar cubes, and swizzle sticks. 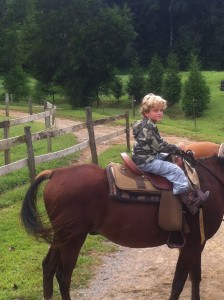 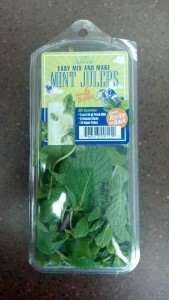 Cinco de Mayo originated with Mexican Americans to commemorate freedom and democracy during the Civil War, and I guess all of America has adopted it because we love a reason to have a party. Popular items for Cinco include Mexican beers, limes, avocados, cilantro, chips, salsas, and guacamole. Frito Lay just came out with some new flavors of Tostitos you might want to try and our deli makes a guacamole that everyone loves. 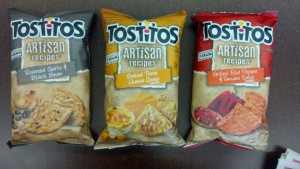 Ashley, our meat manager, is already taking a lot of orders for meats off the smoker so I am sure the smoker will be going day and night for the rest of the weekend. Call us if you need a special order (865-691-8881) otherwise we will see you in the store.