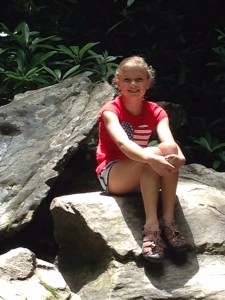 Good morning from Butler and Bailey Market. I can’t believe it is Monday already. The weeks seem to click off quicker in the summer than in other seasons.

I hope my Monday is like a Friday because last Friday was like a Monday here at the store. We had electrical problems. Friday about mid-morning half of the stuff in the store quit working. Lights were out, coolers and freezers stopped, and computers shut down. Oddly enough the other half of the store was working. I called the electrician who services the store and got his voicemail. This is the same electrician I paid several thousand dollars to this winter to rebuild our electrical service so things like this would not happen. I finally got him on the phone and explained our situation and he came immediately. Once there, he hooked up meters to wires, flipped breakers, and scratched his head for several minutes. He finally concluded that we had lost a third of our power. I am no electrician but I had concluded this before I had called him. He then explained about losing a leg, electrical phases, amp loads, and circuits which to my ears sounded like blah blah blah, blah blah blah. Anyways, about four hours later he had it fixed. Four hours later I was fit to be tied so I decided to start my weekend a few hours early and left work.

On the way home I rented a wood chipper and took out my frustrations by pulverizing all of the brush piles I had stacked around my yard into tiny little pieces. I felt much better after this. Pulverizing things with heavy equipment always makes guys feel better. 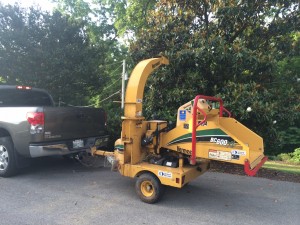 The weekend really improved after Friday. Erica and I took our son out fishing Saturday morning. He is seven and we are trying to teach him to fish with a fly rod. He seems to be getting the hang of it and we did catch a few small bluegill. What my wife did not know was when it’s just the guys in the boat we kiss the fish before we release them. I am not sure Erica approved of this so I later told Tyson some things just need to stay between a father and son. 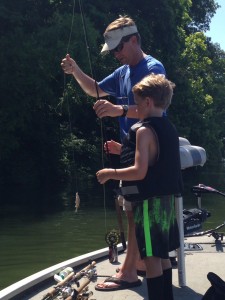 He also now knows that we only play baseball in the house when mom is not at home. We both learned that one the hard way. Sunday we went on a family hike in the Smokey Mountains. It was a beautiful day and a nice way to end the weekend. Spending time with my family in the outdoors always cures work stress. I am a lucky guy to have them. 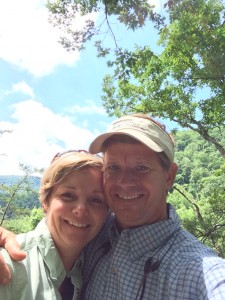 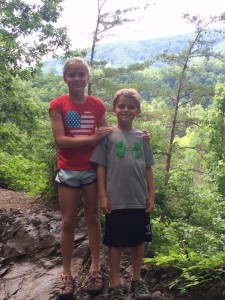 This week at the store, we have a new ad. It started yesterday and will be in effect for the next two weeks. You can find the ad on our website or pick up a copy in the store. Prime grade Ribeye steaks are on sale this week. Prime is the highest grade that the U.S.D.A. uses. Only three percent of all beef receives this grade. We have always carried Prime beef and I think we are about the only store doing so. Since Father’s Day is this weekend, it might be a good time to treat dad and yourself to the best.

I am sure Nancy in our bakery will be making some special deserts for Father’s Day. So far she is keeping them a secret from me so I will have to get back to you on them. Ashley told me he is really selling a lot of his meats off the smoker. You all must be enjoying them as much as I am. He also makes a Piedmont BBQ sauce that we sell in the store that goes great on his smoked meats, especially the pulled pork, so you may want to give it a try. I hope you all have a great week!