Good morning from Butler and Bailey Market. I hope everyone had a good weekend! Our website was down towards the end of last week so we couldn’t get the blog up on Friday. We also had September’s cooking class schedule to load but could not. We finally have all the problems resolved so the cooking class schedule is now up as well as our new two week ad which started yesterday. You can find both of those by clicking on these links.

We finished up our beef tenderloin sale to benefit Hugo and Garrett this weekend. We ended up selling 1,026 pounds of it. I had no idea how this would go but am thrilled that we topped 1,000 pounds! I sure appreciate the support all of you gave this fundraiser! Both Garrett and Hugo are going to get a check for $513 because of the generosity of this community!

I have been enjoying the cooler, dryer weather we have been having the last few days. The mornings have been so nice I have actually gone on a few runs before work. I am not a good runner but try to do a little of it to stay in shape. My neighborhood is full of hills so I don’t have to run very far before I feel like I have done enough, turnaround, and run back home. I guess if we lived on flat land I would have to come up with a different excuse to not run very far.

I always listen to music when I run. It seems to make the time pass quicker and takes my mind off of my aching body parts. This week I have been listening to the music my friends and I listened to in high school. My thirty year class reunion was last weekend and at every event the music of the seventies and eighties was playing. It was good to hear some of those old songs. It seems like every song that was played reminded my friends and I of something that happened in high school.

In those days my friends and I listened to bands like Led Zeppelin, The Who, The Allman Brothers Band, Van Halen, Lynyrd Skynyrd, and Hank Williams Jr. If we thought girls were going to be around, we would always have James Taylor and Journey albums ready. We always thought the quickest way to a girl’s heart was playing James Taylor or Journey records. I am not sure it ever worked but it wasn’t for a lack of trying on our part.

I did see the girl I took to prom at the reunion the other night. She liked Journey but I don’t think that’s why she went to prom with me. I think she was afraid this real nerdy guy was going to ask her to go so I guess she agreed to go with me so she could give him a reason for saying no. That’s kind of how things worked in high school. Most decisions were made because of peer pressure or because we didn’t want to be associated with “uncool” people.

Prom night was quite the experience for me. It all started out fine. I rented a tux, borrowed one of my parent’s cars, and even got a haircut. I was all dressed up and ready to go on time but one of my friends was taking my next door neighbor to prom. When he came to pick her up, we all had to go out in the yard to get our pictures made in our fancy clothes. This made me a little late leaving to pick up my date so I ran inside, got the corsage my mother had picked up for me out of the refrigerator, and took off to pick her up.

All the way there I was a nervous wreck. I was running late, I didn’t really know her parents and how they would react to me and the whole thing was just too formal to begin with. 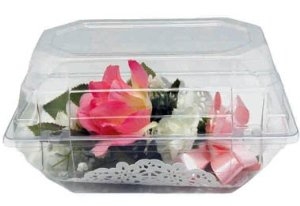 Well I get there, grab the corsage, and head to her door. When she opens the door, they were all three standing there. I apologized for being late and told her we needed to get going to make our dinner reservation. Her parents wanted to take some pictures of me presenting the corsage so they got the cameras ready and I open the little white box to get the corsage out. When I look in, the box is full of chicken salad not a corsage. I thought for a moment of how I was going to get out of this, meanwhile my face was turning five shades of red. I figured I had two options, hope for the rapture or present her the chicken salad. Well the rapture didn’t happen so I said, “Here’s your chicken salad.” I think they all thought it was a joke and gave a nervous laugh but then realized it wasn’t when I was having trouble breathing. Once I gathered myself, I told my date we would have to run back to my house and get the corsage and everything would be okay so we took a few pictures and headed back to my house. I am sure her parents were really impressed with me. 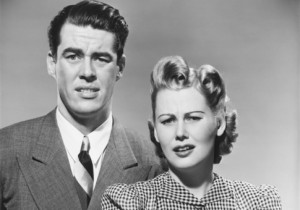 We’re letting our daughter go with him?

Upon arriving at my house, I went storming in muttering a lot of choice words, my mother asked why I was back and what was wrong. When I told her what had happened she couldn’t help but laugh. It turns out when she picked up my corsage; she had also stopped by Ham ‘n Goodys and bought some chicken salad. Both of them were put in white boxes and I had grabbed the wrong one out of the refrigerator in my haste. Before I even got out of the house with the right white box my mom was on the phone calling all her friends to tell them what to her was a funny story but to me a nightmare.

The rest of the evening went much better but for the longest time I was known as “The chicken salad kid” around all of my parents’ friends as well as my own.

Well we have several varieties of chicken salad we make from scratch here in the store. They all sell really well so if you haven’t tried any of them, you might want to. We always pack it in clear containers. As a matter of fact, everything we make is packaged in clear containers. To this day whenever I see a white box, I get queasy and start to sweat so we will always use clear containers.

If you want something in a white box, you will have to go to Ham ‘n Goodys.