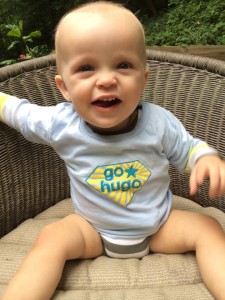 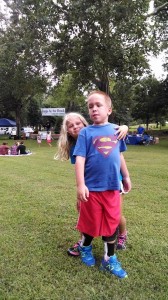 Good afternoon from Butler and Bailey Market. I hope everyone had a good weekend. We had a busy weekend here at the store. Business has been good this summer for us and I have talked to several other business owners who have said the same about their businesses. It seems none of us can ever pinpoint exactly why business gets good or for that matter business gets bad. If you asked ten of us you would probably get ten different answers. We would all agree that good business makes it a lot more fun to go to work.

I had a busy weekend outside of work. My thirty year high school reunion was this weekend. Wow, that was a fast thirty years. We had an event Friday night and another one on Saturday night. All of my close friends from high school spent Saturday afternoon together reliving and retelling events from our high school days. Based on our behavior Saturday, we have not matured much since 1984. Thankfully, we all have wives that have continued to mature and be responsible over the last thirty years. 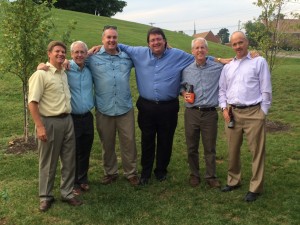 Erica did not get to join us Saturday afternoon. She and the kids helped out at a dodge ball tournament to benefit Guardians for Garrett. 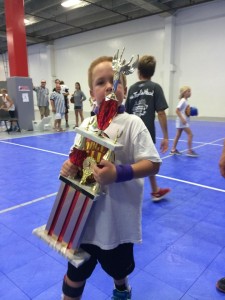 Garrett with his dodge ball trophy

Garrett is a five year old boy who was diagnosed with Sanfilippo Syndrome type A (MPS III) last January. MPS III is a rare disease that attacks the body both physically and neurologically. Presently there is no cure for it and life expectancy for a child with the disease is usually between ten and twenty years. I have known Garrett since he was born. He is my nephew. He is the son of Erica’s brother. Garrett has really had a tough go of it since birth. While he was just diagnosed this year, the symptoms started showing up much earlier in his life. He has seen more doctors and had more surgeries than most of us will in a lifetime, but he still wakes up every morning happy and eager to do all the things that five year old boys do. As the disease progresses, this will become harder and harder, but he has two loving parents and a big sister to help him with his journey as well as a big network of friends and family. 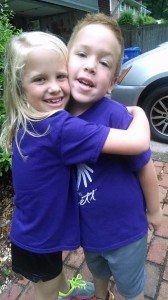 I have another little friend who is going through a tough time. His name is Hugo. He is the son of Chris and Marianne Canada. I take guitar lessons from Chris at his home so that is how I have gotten to know Hugo. 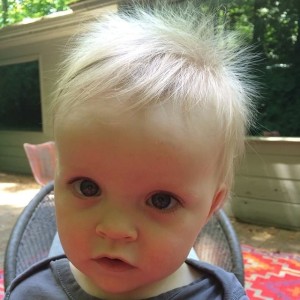 Hugo is a one year old boy who was just diagnosed with an aggressive form of cancer. Since his diagnosis, he has been receiving care at both East TN Children’s Hospital as well as in Cincinnati. His treatments have had some positive results, but Hugo has a tough battle ahead. We all know how difficult cancer is to treat and how hard the treatments themselves are on the body of an adult much less a one year old.

Hugo also has a big sister, two loving parents and a huge network of friends to be beside him on his tough journey. 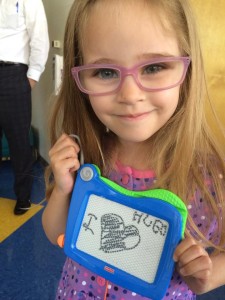 Here are some links to Garrett’s and Hugo’s facebook pages if you would like to learn more about their journeys and the diseases that they are battling.

They have also have both been featured on WBIR.

Both of these boys have been in my thoughts and prayers, especially recently. Yesterday at work, I decided I wanted to try to help them financially also. I know their parents have had to put their jobs on hold while they tend to these special little boys so I am sure they could use the help.

Starting tomorrow, Tuesday, August 12, 2014 through Saturday, August 16, 2014 whole beef tenderloin will be on sale for $10.99 a pound. For every pound we sell in the next five days the store is going to donate a dollar to be split between the Guardians for Garrett fund and the Go Hugo fund.

I hope you will come in this week and buy a tenderloin to help out Hugo and Garrett and if you have a prayer list, I hope you will add them to it. They are two special little boys that are inspiring all of us that know them with their strong and positive spirit. Go Hugo and Go Garrett!!!