Good afternoon from Butler and Bailey Market. I hope everyone is having a good week. It has kind of been a washout so far this week but maybe that cleans up some of the pollen in the air.

I got my tax return finished Tuesday. That always leaves me with an empty feeling. I guess I have learned that since the IRS gets to make the rules, they always win. They are kind of like the Harlem Globetrotters without the entertainment value.

Business has been good the last couple of weeks. I would like to think I had something to do with that, but the truth is, I have hardly worked the last couple of weeks. I woke up on April Fool’s day with the flu, and I am just now getting back to my normal schedule. Erica and Lauren also had it. Lauren recovered in about thirty minutes; Erica and I were down about ten days. Tami flu apparently works better on kids than adults. For what it cost, I was expecting better results. Oh well, just glad we are all over it!

We had some great swordfish steaks for supper Tuesday night. I rubbed grape seed oil on them, seasoned them with salt and pepper and put them on the grill. I probably cooked them four or five minutes on each side and they turned out perfect. I would typically use olive oil but we are trying different oils due to allergies. That’s another story for another time.

We are trying to improve our seafood selection here at the store and more specifically our fish variety. That’s easier said than done. Fish is a very seasonal product so between that and the price fluctuations caused by that, it can be a little tricky. Farm raised fish like tilapia and salmon are pretty consistent year round, wild caught fish is a different story. We will not have the same variety of fish every week, but we hope to give you a larger variety of what is available. I can only eat so much salmon and tilapia so I am excited about our new options. My favorites so far have been the swordfish, halibut and grouper.

We talked to our Grainger County tomato man last week. He said we should start getting tomatoes in the next couple of weeks. These will be hot house tomatoes but will be far superior to what we are getting now. He also grows strawberries for us and they should start coming in soon as well. The harsh winter has put the local growers a little behind, but they should catch up quickly now. 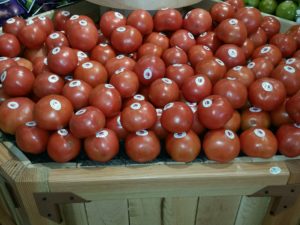 Speaking of local growers, I went by the new Whole Foods after work last night. That was my first time in a Whole Foods. This one has about four entrances, and I think I chose the wrong one because I went through the whole store backwards. I am easily disoriented in new places, but I was really disoriented there. I think I will choose a different entrance next time and see how it goes.

While I was in there, I noticed that they put up pictures and have a little biography of all of the local people in the food business. I saw pictures of Mahasti, owner of Tomato Head, Coleen, with Cruze Farms Dairy, and several others. I figured since they had their pictures and stories, my picture must be up somewhere and I wanted to see what they had written about me. After all, I have been local for forty-eight years and have been in the food business for over half of those. I searched and searched but never found anything about me, which was a little disappointing. Another blow to my ego. Maybe I was up in one of the entrances I didn’t go in?

Anyways, even though I was confused and they are the competition, I was glad to see that they are selling the products of some of my good friends. It will help them in their businesses. I will probably never shop their but it is a nice store and the company has a good reputation for treating their people well, which I admire.

Now that I have told you about it, I have saved you having to fight the traffic on Papermill to check it out for yourself. But, if you do happen by there, let me know if they have my picture up yet.

Lastly, I have written in the past about my little friends Hugo Canada and Garret Jablonski. They are two little boys that have been fighting diseases, Hugo with cancer and Garrett with Sanphilippo syndrome. If you haven’t heard, after nine months of intense treatment, Hugo is cancer free! Based on his initial prognosis, I think I would have to call that a miracle.

Garrett and his family were by the house a couple of weeks ago and while there is no treatment for his disease, he continues to be a happy, fun loving little boy.

I hope you will continue to keep these little boys and their families in your thoughts and prayers. I know it means a lot to them.

You can read about their stories here. 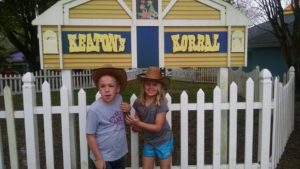 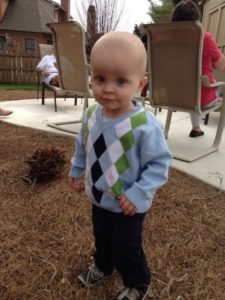 I hope everyone has a good weekend!