Good afternoon from Butler and Bailey Market. I hope everyone is having a good week. It has been a pretty routine week here since Memorial Day. We did have an employee get in a bad car wreck Sunday night. He has been out of work since then but came by the store to visit yesterday. He is really banged up. The police told him he would have probably died had he not had his seatbelt on. After seeing him, I believe it. He does have some cracked ribs, ligament damage in his shoulder, maybe a broken ankle, a lot of facial cuts and bruises. He is hoping to get back to work soon and we hope so too. If you see a young man working here that looks like he has been in a car wreck, you might want to give him some words of encouragement. His fellow workers have been great about checking on him and picking up his shifts while he is out. We have a lot of nice, caring people working here. 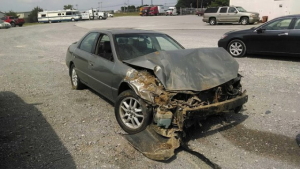 Speaking of employees, I talked with Joseph yesterday morning. He worked for us several years during high school and college. Joseph has become a close friend, a great fishing partner, and he is also the chef at Blackberry Farms. He and his wife and Erica and I are trying to plan a trip together in September. I hope we can get it worked out. When we talked yesterday, Joseph had just gotten off the phone with Allen Benton. Allen owns and operates Benton’s Smokey Mountain Country Hams. He’s the guy that makes the now world famous Benton’s Bacon. His business is in Madisonville, TN. Joseph uses his products at Blackberry and we sell his products here at the store. We both wish all of our suppliers treated us as well as Allen Benton does. He is a nice man. Joseph and I are always swapping names of local, family owned companies that produce great products and I know his guests and our customers benefit from this.

While I had Joseph on the phone, I asked him for a recipe to put in the blog. He told me he had just done some for the Wall Street Journal and I could google those. I told him I wanted one that was not already on the web so he is sending me one for a Kale Caesar Salad with grilled chicken. I will post it the next blog. Later in the day, I did google his name and the screen lit up with all kinds of articles about him, his recipes, and the awards he has won. It turns out he is famous. I then thought, I wonder what will happen if I Google my name? Not much happened. Oh well, at least my momma loves me. If you do want to find some of his recipes just google Joseph Lenn.

We have products from two new suppliers this week. The first is coffee from Three Bears Coffee Company. You may have seen Jeff selling his coffee at the local farmers’ markets. He is a nice guy, making great coffee, located right here in Knoxville. If you want more info on Jeff’s coffee click here. The other new products are cheeses from Three Graces Dairy. They are located in Marshall, North Carolina. This is a mother/daughter team that produces some fabulous, farmstead, French-style cheeses on their family farm. For more information on Three Graces Dairy click here.  I hope you will join us in supporting both of these family-owned producers. 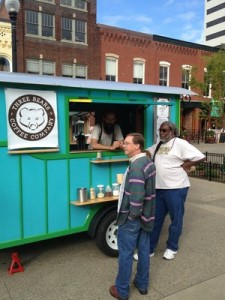 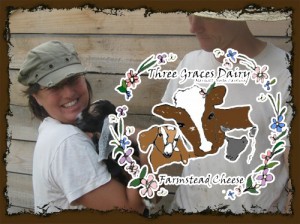 We are also talking with a local honey producer, a local vegetable farmer, and a small company in Chattanooga that sells some great gluten-free products. We hope to have all of their products soon. I will keep you updated.

I hope you have a great weekend!