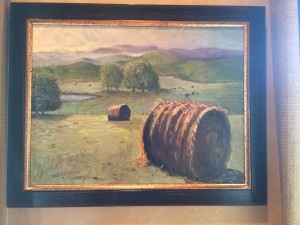 Good afternoon from Butler and Bailey Market. For those of us that like hot weather, we are getting a good dose of it this week. The weatherman on my phone says that it might cool off down into the eighties by this time next week. I am not sure that will be noticeable, and the phone weatherman is usually wrong anyways.

We have had a good week at the store so far. Business has been good and nothing major has broken for about six days straight, which is a vast improvement. I am tired of paying repair bills!

I spent a lot of time yesterday signing people up for cooking classes. The July schedule just came out and the menus must look delicious because the classes are filling up quicker than usual. You can check out the menus on our website and just call the store to make a reservation.

Another thing that has been popular this week is our ready to go meals in the deli department. Nancy and our staff in the deli do a great job preparing these take home meals and all you have to do is heat them up when you get home. I think the hot weather puts people out of the mood to cook and these meals are a good solution for that. I know that they came in handy for my wife when my mother-in-law had some health issues and wasn’t able to cook for herself. Erica would buy enough meals to last her mother for a week so she didn’t have to go and cook something for her every day. We get a lot of comments about how good they are for people that can’t cook themselves for various reasons so give them a try if you get in a pinch.

An obvious choice to buy this week is Mayfield ice cream and Trumoo ice cream. Both of them are on sale through Saturday and when the weather is this hot, nothing is better than ice cream!

We will have a new ad coming out this Sunday which will be our Fourth of July ad. Can you believe the fourth is already here? Time is flying by.

I have been writing these blogs for about two months now and usually do them twice a week. Every time I sit down to write one I think about my dad, especially this last week since it was Father’s Day. 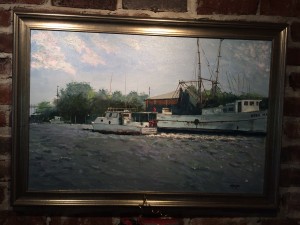 When I was away at college, which has been almost thirty years ago, my dad and I wrote letters to each other. I went to the same college he did, which was Cumberland College in Williamsburg, Kentucky. This gave us a good topic to write about that we both had in common. I would write him telling him stories about my college life and he would write back telling me stories about his college days. We would always try to out do each other with our stories, which was hard for me because he was a funny man and an excellent writer. He could really spin a tale. I guess that’s what made him a good lawyer?

We didn’t always have the best relationship; we were probably too much alike. He was very reserved with his emotions and praise for others and I am probably the same way. When we were in a room together, the silence could be deafening (just ask my wife), but when we were writing to each other the words came easy between us. Until I started writing this blog I have not tried to tell a story in written form since those letters from college so every time I do this I think of him. 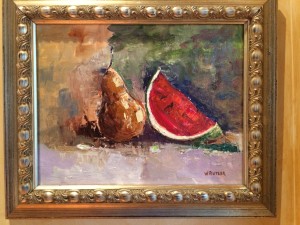 Another reason I think of him is I have his artwork hanging all over our house. When my father retired from his law business he started spending a lot of time painting. He had painted some throughout the years but really pursued it after his retirement. He actually became very good at it. Of course I would have never told him this since we didn’t exchange praise. He would often ask me what I thought of a painting he had done, and I would tell him it was okay regardless of how good it was. I would then tell him all the great artist like Van Gogh and Monet painted hay stacks and until he painted a good hay stack (they are now hay bales) he couldn’t be considered a great artist. Guess what I got for my next birthday, a huge painting of hay bales. I guess he showed me? 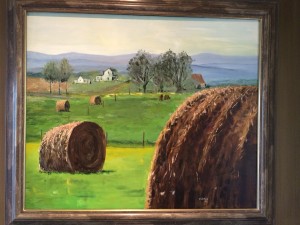 Hay Bales on the Farm by Warren Butler

Many of you have told me about the paintings of his that you have in your homes. Just this week, a lady told me she rented a house at Pawley’s Island last week and in that house hung one of my father’s paintings. I don’t know how many paintings he did and where all they hang, but I do know it meant a lot to him that someone enjoyed his art enough to hang it in their home. It means a lot to me that so many people besides myself have gotten to enjoy his talents. 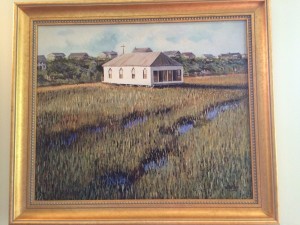 I can’t say all of the memories of my dad are good ones, but I choose to think about the good ones like the letters we exchanged and the art on my the walls.