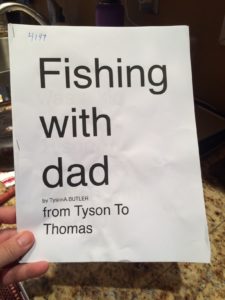 Good afternoon from Butler and Bailey Market. The new year has brought some miserably cold weather with it. I hope someone enjoys it because I despise it. I do have a warm, dry place to work and sleep. Not everyone can say that so maybe I shouldn’t complain. Maybe that should be one of my New Year’s resolutions, don’t complain about the weather or for that matter anything. Don’t hold me to it but I will try to make a better effort.

This is my first blog since before Christmas. The week before Christmas is a very busy time for us at the store so it is hard for me to relax enough to write. Once Christmas passes, I just kind of shut down mentally for a few days so I have nothing in my mind to write about. It is now time to get back to the normal routine and I am ready!

I do hope all of you had a nice Christmas and New Years! We had a great holiday season here at the store. For that matter, we had a great year altogether. It was our best year in sales since we started here twenty five years ago.

People always ask me how much tenderloin we sell during the holidays when they see all of them back there working and all the piles of meat on their tables. This year we sold a little over twelve thousand pounds of it Christmas week and by New Years, we had sold around thirteen thousand five hundred pounds of it, so almost seven tons. That’s about two thousand individual tenderloins. 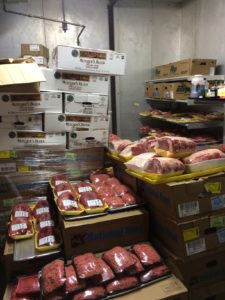 Christmas at our house was a big day. I wasn’t even sure it was going to happen because Mrs. Santa Claus was suffering from a bad virus Christmas Eve. Mr. Santa can do a lot of Christmas but Mrs. Santa does the finer touches that make Christmas magical. She toughed it out so by Christmas morning everything was perfect.

Everyone seemed thrilled with the gifts they received. There is always a big sigh of relief from Mr. and Mrs. Santa when that happens.

I liked all of my gifts this year. Three of my favorites were kind of homemade gifts. My mother gave me a picture album she put together of my whole life. It has pictures of my grandparents and parents before I was born as well as pictures of the events in my life growing up. It is a great history in pictures that we have all enjoyed looking through. 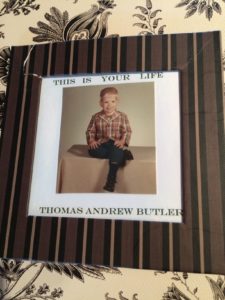 Erica gave me a painting that one of my best friend’s dad painted. She knows how much I value the works of people I know so those are always special gifts for me. 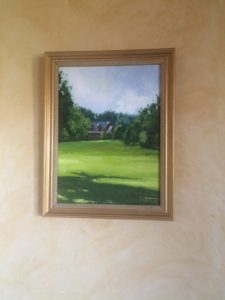 My son Tyson wrote a book called Fishing With Dad for my Christmas present. It is a story about him planning a fishing trip for us. He is a creative little boy and I love being the recipient of any of his creations.

I guess I need to work on not being “too busy” for my children when they want to do something in the future. I sure don’t want that to be a recurring theme in their stories about me. I guess I will add that to my growing list of New Year’s resolutions.

Thanks again for all of your support in 2014.