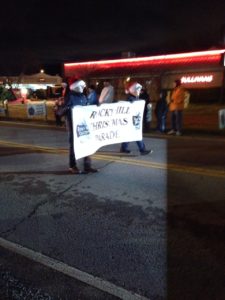 Good afternoon from Butler and Bailey Market. I hope everyone is having a good week.

Well, it turns out Rocky Hill can put on a Christmas parade. What a great event Saturday night! Everyone I have talked to can’t say enough about how much fun they had at the parade and how well it was organized. We owe the organizers of the parade a BIG thank you for all their hard work in making it such a success!

I think what made the parade so special for many of us was all the familiar faces that participated in the parade and everyone in the crowd seemed to know everyone else. It really had that “community feel.”

My family watched the parade out in front of the store so I didn’t see any of the crowd beyond the shopping center or on Morrell Road. It has been estimated the crowd was between seven to ten thousand people. I bet it will be even bigger and better next year.

After a late Saturday night, we got up and drug ourselves into church Sunday morning. I am not sure any of us were in a real worshipful mood starting out but when I entered our sanctuary that morning I don’t think I have ever seen it more beautiful. The sanctuary was decorated, the choir had new robes and there was a full orchestra to perform with them. I try to never pull my phone out during the church service, probably for fear of being struck by a lightning but I felt compelled this Sunday to take a picture. I guess I would have been struck down long ago if misbehaving in church is the cause? 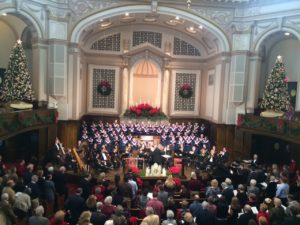 I don’t think I have felt that moved in our sanctuary since a beautiful young lady walked down the aisle sixteen years ago and said “I do.” 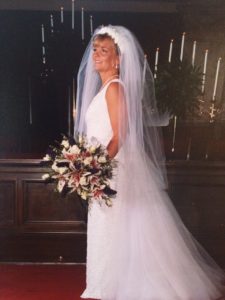 Sunday afternoon we went in different directions. Lauren sang Christmas carols with her choir at Market Square so Erica was with her. Meanwhile, Tyson and I went to get a Christmas tree. 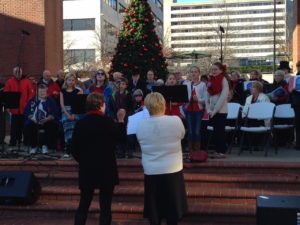 I went to my friend’s tree lot down from the store like I always do. Once again, when he saw me, he walked straight over to a tree and told me it was the perfect tree. I agreed and we loaded it up. Usually once it’s loaded, we talk about sweet potatoes for a while. This year we talked about wine in grocery stores and beef prices. Thirty minutes later, Tyson and I were on our way.

Speaking of beef prices, they continue to be the highest they have ever been. As we enter the biggest beef month of the year for the store, this is somewhat disheartening. We have been negotiating hard for the last three months trying to get decent pricing for the Christmas season and have actually had some success. Beef tenderloin has been as high as $15.99 a pound. We got it down to $13.99 during Thanksgiving and I am proud to say it will be even cheaper for the Christmas season starting this Sunday.

Be on the lookout for our Christmas ad which comes out this Sunday. We will have your favorite cuts of beef in it as well as other holiday items to prepare your Christmas meals.

Last but not least, I have mentioned before that we have bags of food already prepared that you can purchase and donate to Second Harvest while you are at the store. They have already picked up four pallet loads and you all continue to refill the bins with bags as soon as they are emptied. I just want to say thank you for being such a generous community. 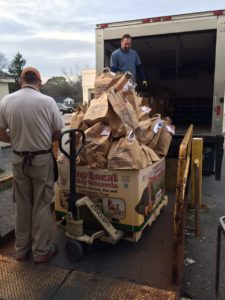 Being in a retail business during the holidays is not always conducive to getting into the Christmas spirit. I am lucky to work in a community that has a Christmas parade, to go to a church with such great Christmas programs and to play a part in providing so much food for the needy!

I am now ready for Christmas! I hope you are too!